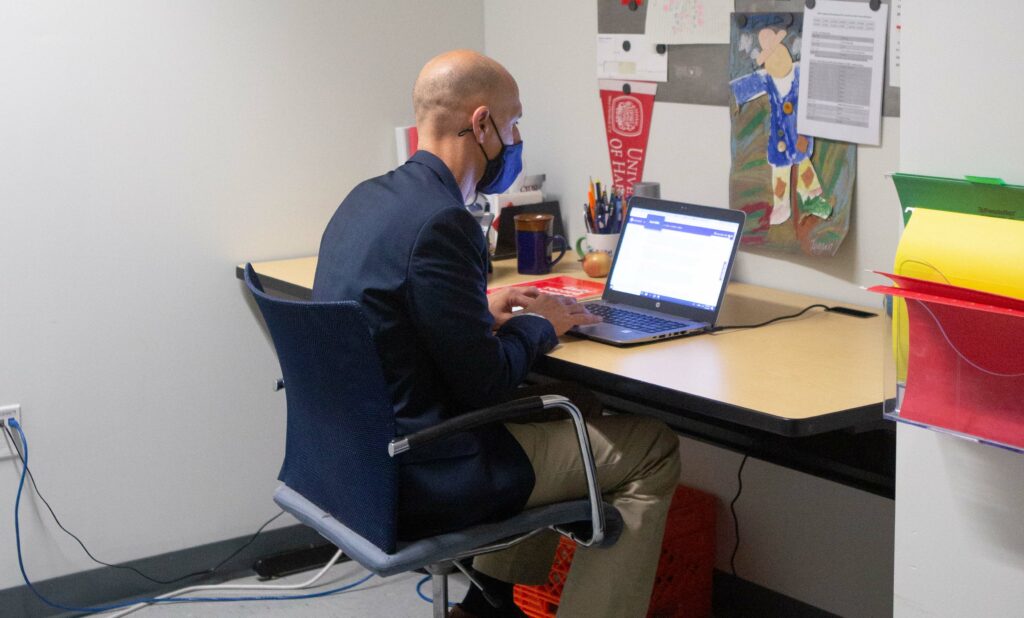 A major upgrade last month to the state’s elementary student data collection system, CALPADS, caused disruptions and data errors for many districts during one of their busiest times in the year. Statewide leaders representing the districts told the state that some of the districts considered the system “unusable.”

The California Department of Education has acknowledged the frustration the deployment has created and says it is working to resolve the issues. But, voicing a common complaint, a Southern California district administrator said the seriousness of the problems goes beyond time-consuming fixes and inconveniences. Rick Roberts, executive director of educational technology services for the Grossmont Union School District, said the issues affected the ability to administer the Smarter Balanced test to some students and undermined confidence that CALPADS will process information accurately within months. to come.

“The end of the year (the calendar) is threatened,” he said. “It certainly looks like a year of questionable data, at best.”

CALPADS, the California Longitudinal Pupil Achievement Data System, has been the data workhorse since 2009. It contains much of the student information the state collects, including attendance, courses taken, test scores and the liability data that the federal government and the state need. But it has been working under the increasing data load, and the state has planned an upgrade that it says will significantly improve system performance and reduce the time it takes for uploaded data to be posted to the system.

It’s unclear why the department chose mid-April, during Smarter Balanced testing, a peak time for CALPADS usage, for conversion. A department spokesperson initially said the US Department of Education lobbied the state to get the job done, but the State Department later clarified that was not the case. .

In an April 22 letter to the district, county office of education, and charter schools, Jerry Winkler, director of the department’s Educational Data Management Division, wrote that the department “recognizes the risk of implement such significant system changes in the middle of review season.” but that it was essential that the upgrade be in place before the year-end data submission period.

“The CDE also apologizes for the higher than desired number of faults currently in the system. Some of these flaws relate to the complexity of migrating years of data to a new data structure,” he wrote.

Districts began filing complaints after CALPADS returned to service on April 18, two weeks after it was taken out of service for the upgrade — a week longer than expected. After continuing to receive reports from districts, Vernon Billy, CEO of the California School Boards Association, and Edgar Zazueta, executive director of the Association of California School Administrators, wrote to State Superintendent of Public Instruction Tony Thurmond , who oversees the department, on May 9. expressing their “deep concern”.

“Our members report experiencing significant challenges with CALPADS in recent weeks, as some consider the system as currently unusable,” they wrote.

Among the problems they cited:

“These challenges have reached critical mass far beyond the capabilities of IT departments and are affecting operational functions at the district and school level,” Billy and Zazueta wrote. Small districts without staff or expertise to solve problems have been hit the hardest, they said.

Two days after the letter was sent, senior ministry officials met with the organizations to discuss the issues and held another meeting this week where they detailed how they were addressing the issues.

Roberts and David Feliciano, superintendents of La Mesa-Spring Valley Schools, said school districts are concerned that data issues with student ID numbers and special education students will compromise their ability to achieve the required 95% participation rate in Smarter Balanced tests, citing federal sanctions. A handful or a few dozen students who fail tests or refuse to retake them could push a district below the threshold, they said.

But waivers from the US Department of Education are unlikely, the department told administrators at the meeting this week.

“We remain in dialogue with the CDE, and I hope districts can avoid sanctions beyond their control,” said Troy Flint, chief information officer for the school board association.

Flint and Zazueta said this week they appreciate the department’s prompt response to their letter and addressing the issues urgently. But they still hear complaints from the districts on a daily basis.

“We understand that technology updates can take time and create challenges, but issues remain,” Flint said.

Roberts and Feliciano are pessimistic.

The department “hears it from us, but it’s not close enough to the students to understand what the impact really is,” Roberts said. “We’re told things are on the mend, but they really aren’t.”

Feliciano, who was a technology administrator before becoming superintendent, found it “disheartening” that the department would not revert to the legacy system after seeing significant issues with the rollout.

The ministry’s approach was “cavalry, brushing aside concerns and issues”, he said.